It has begun…or maybe it has been going on for a while and we are just now noticing. The internet age is upon us and so is the inundation of information.  We are bombarded with information both good and bad, real and unreal, true and false, fabricated and non-fabricated.  It’s hard to tell what to believe anymore.  I always like to use the “Follow the money” when knowing who to trust.  Since mainstream media is owned by corporate interest, it goes without saying that they are not going to report accurate news which could tarnish their  relationship with their corporate partners.

With the impending “election” of our next President the media is trying to drive a wedge between us and trying to separate us even more than we already are. By pointing out the differences in people, we feel alienated and discriminated against.  Someone is always made the victim and the culprit.  This method has been used for centuries to keep people down.  Divide and conquer.  This is being used against us every day. It’s everywhere, all around us. It’s much easier to focus on our differences than to focus on our similarities.

Despite all of the negative news/brainwashing that is being spouted by the corporate media, there is a movement growing. A movement through social media that is not accepting the world in the state that is in and moving toward.  Fed up with the racist/fascist/police state machine, there is a movement growing and it will not be denied.  The corporate media is doing it’s best to paint the movement as a trend or as an angry mob of dissenters.  A mob that wants to ruin our supposed state of peace and values.  This is clearly attempting to paint the movement in a negative light and to try to add distance between it and the common individual. While this may be working on some, it doesn’t seem to be deterring the movement. It seems that every day, more and more people are questioning the way our government is being run.  It is becoming increasingly clear, that they whole system is a fraud.  When this becomes the consensus among the majority of Americans (which it is headed toward), it will no longer be tolerated and change is inevitable.  The question is, will it happen in time?

It seems that the Powers That Be are pushing us toward martial law and a police state that only has the corporate interest in mind. Since our government and officials are clearly controlled by the corporate interest, this is continually pushed down our throats.  The freedom of speech that the internet provides is our saving grace right now.  We should all make it our civil duty to try and propagate information that we feel will help make change in the world.  It may seem to be a small step, but it’s catching on like wild fire.  People are taking notice and the Powers That Be are scared.  That is why they are ramping up the brainwashing and propaganda.  Look for alternative sources for information. Don’t believe everything you read. Do some research and find the biases, but stay focused on the goal of constantly moving forward, but looking to history for patterns. It is up to us and the time is now.  The veil is being lifted and more and more light being shed on the Man Behind the Curtain.  It’s time to forget our differences and focus on our common goals. To live together in peace and to find happiness.  This attitude will be the downfall of the Powers That Be. 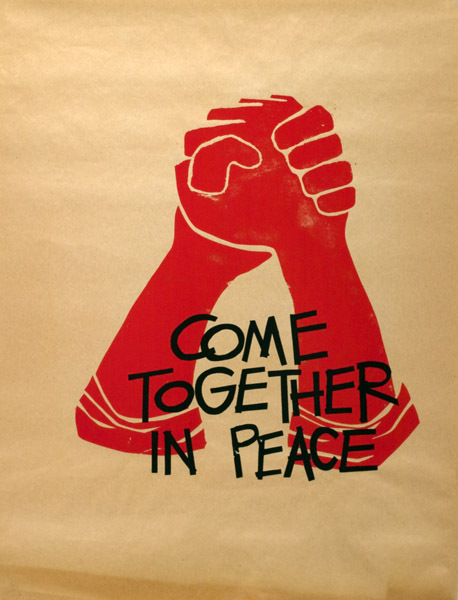